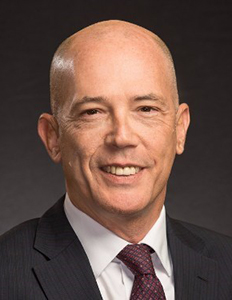 My name is Eric Fletcher Wagner, and I am the Director of FIU’s Community-Based Research Institute (CBRI). I earned my Ph.D. in Clinical Psychology from the University of Pittsburgh, and I completed my clinical internship and a postdoctoral fellowship in alcohol treatment and early intervention research at Brown University. I joined the FIU faculty in 1998, when I was hired as an Associate Professor in the School of Social Work.

My name is Michelle M. Hospital. I am the Associate Director of Research and Development of FIU’s Community-Based Research Institute (CBRI) and a Research Associate Professor of the Robert Stempel College of Public Health & Social Work at FIU. I also currently serve as the Chair of the FIU Health Sciences Institutional Review Board (IRB). I have a Bachelor of Business Administration (BBA) from the University of Miami with a concentration in Accounting. I received an M.S. in Counseling Psychology and a Ph.D. in Applied Life-Span Developmental Psychology at FIU. I am also a Licensed Mental Health Counselor in the State of Florida (LMHC License # MH 9226). I completed my Post-Doctoral training in advanced statistical analyses including Structural Equation Modeling (SEM) and Growth Curve Modeling (GCM) as well as focusing on national weighted longitudinal datasets.

I have extensive experience conducting school and community-based prevention and intervention research. My clinical and research interests have been primarily centered on the reduction of risk behaviors and the promotion of well-being among racial and ethnically diverse youth. I have served as the principal investigator of multiple community-based research studies evaluating the impact of positive youth development programs (e.g., music education, mindfulness, yoga and equine facilitated psychotherapy) among at-risk urban youth. I have served as a co-investigator for over 10 NIH and other federally funded grants including multiple R01 randomized clinical trials (RCTs). I was the primary internal evaluator for a multi-year National Science Foundation (NSF) ADVANCE grant and served as an expert consultant for the Health Communications Department at the Università della Svizzera italiana, Lugano, Switzerland. I am also currently the Core Leader of the Community Core and a co-leader of South Florida’s first Health Disparities Research Center at a Minority Institution (RCMI) from the National Institute on Minority Health and Health Disparities (NIMHD).

I am a native Miamian, born from Cuban parents and am fully fluent in Spanish and French. I have presented my work at local, regional, national and international professional conferences. I have mentored, trained and supervised hundreds of undergraduate, Masters, and Doctoral students as well as Post-Doctoral Fellows from various disciplines including Psychology, Social Work, Public Health, Nursing, Biology, Dietetics and Nutrition and Women and Gender Studies. 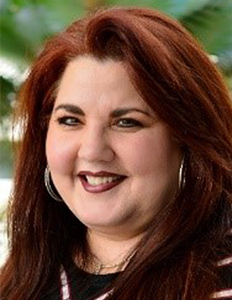 My name is Staci Leon Morris, and I am the Associate Director for Clinical Services and Training of FIU’s Community-Based Research Institute (CBRI) and Assistant Professor (Research) in FIU’s Robert Stempel College of Public Health & Social Work. I received my B.A. from Rutgers University where I was a Henry Rutgers Research Scholar; there, I received Psychology Departmental Honors for my thesis research, “Authentic Assessment in the Middle School.” I earned my Doctor of Psychology (Psy.D.) degree from Nova Southeastern University, completed my clinical internship at Nova Southeastern University’s Community Mental Health Center (which included a specialized trauma rotation) and my post-doctoral training at FIU’s Community-Based Intervention Research Group (C-BIRG). In 2017, I was selected to participate in the Training Institute for Dissemination and Implementation Research in Health (TIDIRH), sponsored by NIH/NCI and the U.S. Department of Veterans Affairs.  Concurrently, I was selected to participate in the SAMHSA-sponsored learning community, “Bringing Recovery Supports to Scale Technical Assistance Center Strategy (BRSS TACS) Recovery Supports for Diverse Students.”

I am a Licensed Clinical Psychologist (FL PY 6443) and a State of Florida Qualified Supervisor for Mental Health Counseling. I have been working at FIU with the same research group since 2000. Collectively, CBRI has been awarded more than $50 million in grants, partnered with numerous community organizations, and trained hundreds of students from the undergraduate to the doctoral level.  My professional career has been devoted to real-life implementation of empirically-based treatments, often with underserved populations. I am also the co-faculty advisor of Panthers for Recovery (P4R), a collegiate recovery community (CRC) at FIU devoted to supporting students recovering from addiction, as well as family, friends, and allies of those in recovery or in active addiction. I serve as a practicum preceptor and supervisor for the Master’s in Public Health (MPH) program and as a faculty mentor for the FIU Honors College: Advanced Research in Creativity with Honors (ARCH) Program. 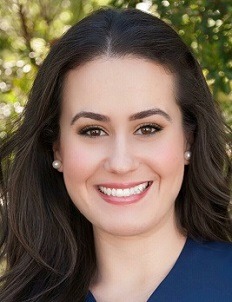 Jacqueline N. Correa, B.A., is a Senior Coordinator at FIU’s Community-Based Research Institute (CBRI). She received her Bachelor’s degree in Liberal Studies from Florida International University and has over 10 years of administrative experience working in Higher Education. Prior to joining FIU-Research Center of Minority Institutions (RCMI), she worked under Enrollment Management and Services for Transfer and Transition Services/ Connect4Success as well as the Dean’s Office of Undergraduate Education at FIU. Jacqueline has participated in multiple University wide diversity, equity, accessibility and inclusion initiatives and has served as an employee mentor for the Fostering Panther Pride (FPP) program at FIU. At CBRI, she works closely with research faculty to ensure the synergistic implementation of essential research activities as part of the FIU-Research Center in a Minority Institution (RCMI) Administrative Core. 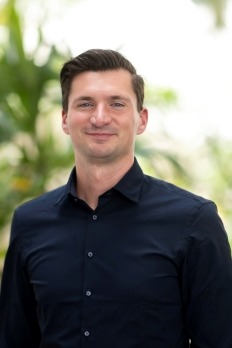 Robbert J. Langwerden, M.S., is a Research Analyst at FIU’s Community-Based Research Institute (CBRI). Robbert earned his Bachelor’s degree in Psychology and Master’s degree in Clinical Psychology from the Radboud University Nijmegen in the Netherlands. Robbert has over 6 years of experience in clinical research and data visualization and presentation. Within Robbert’s role as Research Analyst, he contributes to program evaluation of various grants, particularly the U54 Research Center in a Minority Institution grant (RCMI). In addition, he contributes to conducting health disparities research and dissemination of results in the form of manuscripts and presentations. Next to his work at CBRI, he is remotely finishing his dissertation project on the MMPI and dimensional operationalization of psychopathology, which is in the context of his PhD graduate trajectory at the Donders Institute for Brain, Cognition, and Behaviour at the Radboud University Nijmegen.

Katherine Perez, B.S., is a Program Coordinator at FIU’s Community-Based Research Institute (CBRI). Katherine holds a Bachelor’s degree in Biological Science with Minors in Psychology and Criminal Justice from Florida International University. She is currently pursuing a dual master’s in Public Health and Social Work. As a student at FIU, Katherine had several extracurricular involvements, which included serving as a member of the Student Conduct Committee for the Office of Student Conduct & Conflict Resolution and serving as Research Chair for Phi Delta Epsilon, a pre-medical fraternity. She currently serves as the assistant coordinator on the HRSA-funded Behavioral Health Workforce Education and Training for Professionals (FIU BHWET-Pro) Program and as the program coordinator on the External Evaluation of the Florida Department of Health’s Closing the Gap (CTG) Grant Program. Katherine has also contributed to various other CBRI projects such as the SAMHSA-funded Miami-Dade Partnership for Preventing Health Risks among Youth, Project STRETCH, and HORSES. She hopes to use her experience with health disparities research to provide community-based interventions to minority populations. 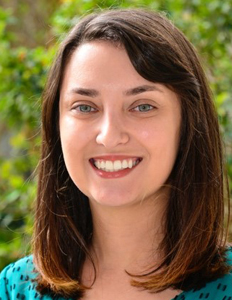 Jordan Elizabeth Quintana, MSW, is a Senior Coordinator at FIU’s Community-Based Research Institute (CBRI). Jordan received her Bachelor’s degree in Psychology and Master’s degree in Social Work from Florida International University. She has five years of experience working in community mental health. Jordan has worked with various populations, including homeless individuals with a mental health condition, children and adolescents in the context of crisis stabilization unit and school systems, adults in a residential substance use setting, and adolescents and adults experiencing first episode psychosis. She has served as a research assistant/co-author on a research project aimed at identifying the needs of adults with neurodevelopmental disorders in Miami-Dade County, FL. Furthermore, Jordan was part of the first cohort at FIU awarded with the Behavioral Health Workforce Education and Training (BHWET) Fellowship funded by HRSA, which provided integrated care and interprofessional team skills training. At CBRI, she works closely with research faculty to ensure the synergistic implementation of essential research activities as part of the FIU-Research Center in a Minority Institution (RCMI) Administrative Core as well as the Recruitment Core and as the FIU BHWET-Pro program coordinator. 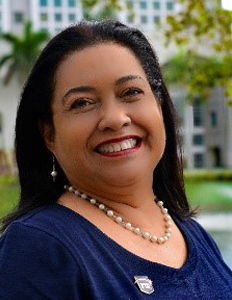 Coordinator of Administrative Services at CBRI

Thelma L. Robles, B.A. serves as the Coordinator of Administrative Services at FIU’s Community-Based Research Institute (CBRI). She received her Bachelor’s in Sociology and Anthropology from Florida International University. Ms. Robles has over a decade of experience with the financial administration of research programs. She works closely with CBRI directors with regard to the financial management of multiple federally funded research grants. She also has experience with the financial management of student training programs. Prior to working with CBRI she worked 5 years as a Senior Secretary for the FIU Minorities Biomedical Research Support Program funded by NIH/NIGMS. She managed and monitored monthly and annual operating budgets for the program, maintained staff and students’ information in customized electronic databases and served as a liaison between program students and investigators. Additionally, she also worked for 2 years at CeSMEC (Center for The Study of Matter at Extreme Conditions) where she managed and monitored monthly and annual operating budgets for several grants funded by NSF. Ms. Robles has been working for Florida International University for the last 16 years. 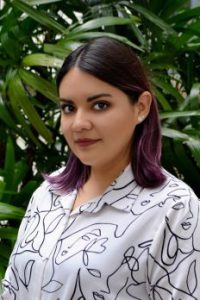 María Eugenia Contreras, M.S., is a Ph.D. student at the Social Welfare program and works as a Graduate Research Assistant at FIU’s Community-Based Research Institute (CBRI). María Eugenia completed a Bachelors’ degree in Developmental Psychology and a Master’s degree in Research in Psychology, both degrees at the Universidad Autónoma de Aguascalientes, in México; for her Master’s degree dissertation she adapted a Brief Intervention Program for Adolescents with Substance Use for group implementation, and analyzed the clinical efficacy of this adaptation; she has extensive experience in the implementation of school-based intervention programs. At CBRI, she works specifically with the Community Engagement Core, part of the Research Center for Minority Institutions (RCMI), where she primarily contributes to scheduling activities with community partners and developing dissemination materials both in English and Spanish. 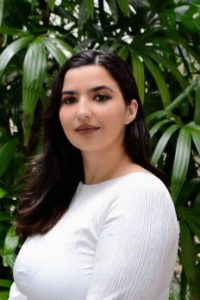 Farah Mahmoud (she/her/hers), MSW, is a PhD student in the Social Welfare program. Farah’s areas of interest in research are currently focused on sexual assault and rape on college campuses and different reporting experiences by race/ethnicity. Farah also works at FIU’s Community-Based Research Institute (CBRI) as a graduate research assistant. Farah has completed both a Bachelor of Arts in Psychology and a Master of Social Work at Florida International University. Farah is currently working with the Research Center for Minority Institutions (RCMI) on a research project that hopes to understand how health and economic disparities influence COVID outcomes in people of color. Farah hopes to further her career with research focuses on oppression, racism, and sexism and its influences on beliefs of sexual assault and rape, as well as engaging in community participatory based research with indigenous populations to identify interventions for those who have experienced sexual assault or rape.